Hear Our Story and Be
Enlightened.

Explore a turn-of-the century Russian Mennonite street village on our 40 acre site. Taste traditional Mennonite fare at the museum’s Livery Barn Restaurant, and explore a classic Mennonite housebarn and a fully operational Dutch windmill during our summer season. View historic and heirloom treasures from Poland and Russia to Canada, displayed in the permanent and Gerhard Ens galleries, and find that perfect souvenir at Village Books and Gifts, all open year-round in the Village Centre.

There is always something new to experience. With changing annual themes and temporary exhibits celebrating the Mennonite heritage and culture, new artifacts donated each year, and a broad range of activities and demonstrations. Come visit us to get the full story and be enlightened.

Explore a turn-of-the century Russian Mennonite street village on our 40 acre site. Taste traditional Mennonite fare at the museum’s Livery Barn Restaurant, and explore a classic Mennonite housebarn and a fully operational Dutch windmill during our summer season. View historic and heirloom treasures from Poland and Russia to Canada, displayed in the permanent and Gerhard Ens galleries, and find that perfect souvenir at Village Books and Gifts, all open year-round in the Village Centre.

Mennonite Heritage Village (until 1990 the Mennonite Village Museum) was born out of a respect for the Mennonite settlers of southern Manitoba and a desire to tell their story through their material culture. Starting with an initial building (now the Auditorium), Mennonite Heritage Village (MHV) has grown into a museum-complex complete with over 30 heritage buildings and monuments, exhibit galleries hosting a range of permanent and temporary exhibits, interpreters, and challenging school programs. More than 40,000 visitors come to the museum in a single year, and over 16,000 artifacts have been collected.

Mennonite Heritage Village has been around 50 years, and it has changed greatly since its incorporation in 1964. The progression from ideas and dreams to a functioning, growing reality has been challenging and exciting for everyone involved.

John C. Reimer (1894-1990) was a teacher and collector of artifacts with a deep love of history and the Mennonite story. For some people, things that have lost their use are garbage. But for many others, certain objects tell a story, a story about their family, their life, or a meaningful event. We invest these things with meaning. But as Reimer understood, old things can help teach history. Without an understanding of our past, we can lose sight of our future and the direction we would like to take as individuals and a society.

As early as 1934, Reimer began to bring artifacts of historical interest to his classes, and with the aid of his Blumenort school, built a “Semlin” (sod house).

A Mennonite museum was a plan of Reimer’s since 1949, when a Museum Committee was formed to celebrate the 75th anniversary of the first Mennonite migration to Manitoba.

Although this initial attempt at starting a museum about Mennonite history stalled, Reimer began gathering artifacts from all over southern Manitoba. In 1951 he discovered and purchased his grandfather Klaas R. Reimer’s old store. He moved it to his property and began restoring it to its original state. This was Steinbach’s first museum and was opened on request of the visitor.

In April 1958, at a meeting of the Mennonitisches Historisches Komitee (Mennonite History Committee), Reimer was elected to a new museum sub-committee and by 1961, 6 acres were purchased in the Steinbach area for the building of a museum, supported by the local community.

Mennonite Heritage Village was officially incorporated in 1964 and opened its doors to visitors in 1967.

By the mid-1980s the collections and activities of Mennonite Heritage Village had grown so vast that a new complex was required. This challenge provided an opportunity for the museum and its community to re-imagine what the museum could be. To enable the museum to reach its potential, the Board of Directors embarked on an ambitious expansion project. For its first 25 years, the museum had operated out of one main building (currently the Auditorium), which housed the staff offices, collections storage area, and exhibits space.

The new vision for the museum in the 1990s included a brand new building, the Village Centre. This building would fulfill the museum’s administrative needs, including offices, a museum gift shop, and space for social functions, rentals, and food preparation, as well as the expanding needs of the museum’s artifact collection. New gallery spaces were also built: the Main Gallery was designed to tell the full story of Mennonites from the Reformation in the 16th century to Canada in the late 20th century, and the Temporary Gallery (later re-named the Gerhard Ens Gallery) was to be a designated space equipped to host brand new temporary exhibits. This new vision for the museum also included an increased emphasis on maintaining professional standards of artifact collections care. To that end, the new curatorial facilities in the Village Centre, including a lab, exhibit design room, and collections storage spaces, as well as all the exhibit galleries, were built with integrated environmental controls. This environmental improvement would serve to better protect and preserve the museum’s irreplaceable artifact collection for the future. By 1989, the new Village Centre was opened to the public and with this expansion completed, the museum was officially re-named Mennonite Heritage Village.

Though there have been many changes at Mennonite Heritage Village since it opened its doors in the 1960s, many things that were important then are still true today. The museum relies on its many dedicated volunteers and the service and expertise they bring to their work at the museum, whether they are interpreting for visitors in the heritage buildings in the village, working with students in the school programs,
tending the museum grounds, taking care of the museum’s many animals over the summer, or helping with food preparation for social functions.
Specialty clubs, like MHV Auxiliary, the Steinbach and Area Garden Club, the Horse Club, the Steam Club, and the South East Implements Collections,
help to make Mennonite Heritage Village an exciting place filled with a variety of attractions.

While some things stay the same, Mennonite Heritage Village has changed a lot since its beginning and today it continues to expand and build upon the vision of its founders. 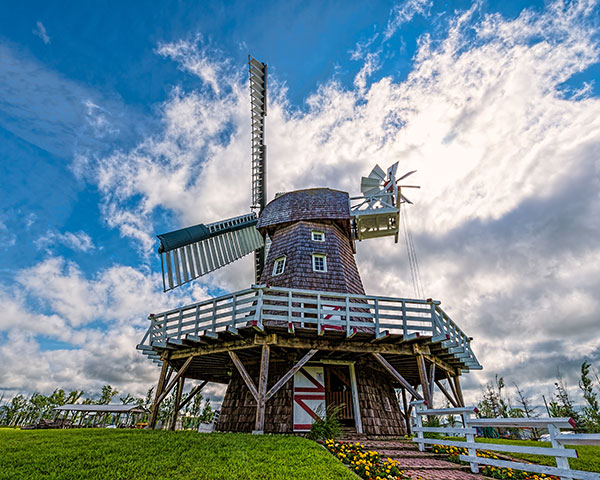 To preserve and exhibit, for present and future generations, the experience and story of the Russian Mennonites and their contributions to Manitoba.

MHV will be the premier interpretive centre for the Russian Mennonite story.

Mennonite Heritage Village (Canada) Inc.(MHV) is incorporated in the Province of Manitoba and is owned by approximately 400 members. A board of directors is elected at the organization’s Annual General Meeting and is responsible for oversight of the museum. This board functions as a governance board focusing on the mission, vision, values, strategic priorities, and policies of MHV. The board hires an Executive Director to manage the operations of the museum.

The museum preserves a collection of over 16,000 artifacts and uses them, and the stories associated with them, to interpret the history of the Mennonites who immigrated from Russia to Canada, beginning in 1874. Our programs reach out to our local constituency as well as an international audience focusing on tourism and education. Our festivals and meeting facilities reach out to the local community.

Our operations are funded approximately 60% by our own services, 15% by government grants, and 25% by fundraising initiatives and donations.

This website uses cookies to improve your experience while you navigate through the website. Out of these, the cookies that are categorized as necessary are stored on your browser as they are essential for the working of basic functionalities of the website. We also use third-party cookies that help us analyze and understand how you use this website. These cookies will be stored in your browser only with your consent. You also have the option to opt-out of these cookies. But opting out of some of these cookies may affect your browsing experience.
Necessary Always Enabled

Any cookies that may not be particularly necessary for the website to function and is used specifically to collect user personal data via analytics, ads, other embedded contents are termed as non-necessary cookies. It is mandatory to procure user consent prior to running these cookies on your website.